The marinated chicken thigh gave off aromas of thyme, basil, oregano and garlic that penetrated well into the meat. Known as African chicken or chicken yassa in its native Senegal, the poultry dish worked its way into contemporary French cuisine after it won the hearts of diners, not least Indonesians and other Asian expatriates.

Among those who have savored the succulent, tender African chicken is restaurateur Caroline Rumiris Samosir.

The dish made a deep impression on Caroline’s palate, so much so that she made it one of the highlights of Paris in Jakarta, a chain of French fusion restaurants that she founded in May 2020.

“African chicken is a ubiquitous food in Paris, so there is no particular restaurant that inspired me to serve it,” said the University of Paris XIII alumnus in Innovations in Communication.

“It is not difficult to find the ingredients or fresh produce to make African chicken or other French food in Jakarta. All we have to do is adjust the food to Indonesian tastes to make it acceptable to local palates.”

The restaurant’s inception, starting with its first branch in the East Jakarta district of Cijantung, was unpredictable because of the COVID-19 pandemic. But that did not stop Paris in Jakarta from opening branches in Jakarta’s Menteng and Permata Hijau areas, as well as outlets in the West Java city of Bekasi and Bali, where the restaurant set up shop in Seminyak under the name Paris in Bali.

“[Caroline] founded Paris in Jakarta two months after her first cafe folded. We focused on African chicken, as the dish had a positive reception,” said Paris at the Jakarta business development specialist Trie Putri Octavia.

Putri added that cuts of chicken thigh averaging 250 grams were used for the dish, as “the cut is juicier and absorbs the marinade better. If we use other parts, like chicken breasts, they are drier and so might make our customers think they’re going for just another grilled chicken.”

A dab of chili oil works on the chicken but is overshadowed by the other sauces. Sides of butter or kebuli rice round out the chicken, as well as plantains, which are the carbohydrate of choice in the original dish.

“The tenderness of the African chicken went well with the full-bodied spiciness of the kebuli rice, as did the sauces,” said diner Esti Wandari. “But more raisins instead of spices in the kebuli rice would take this already great dish to another level.”

For other gourmands, the African chicken evoked a sense of nostalgia.

“The African chicken reminds me of Paris, as it is one of my staple foods there,” said Yanti Suryana, an alumnus of the Sorbonne University law school.

“I’m just glad that I can get my hands on it in Jakarta.” 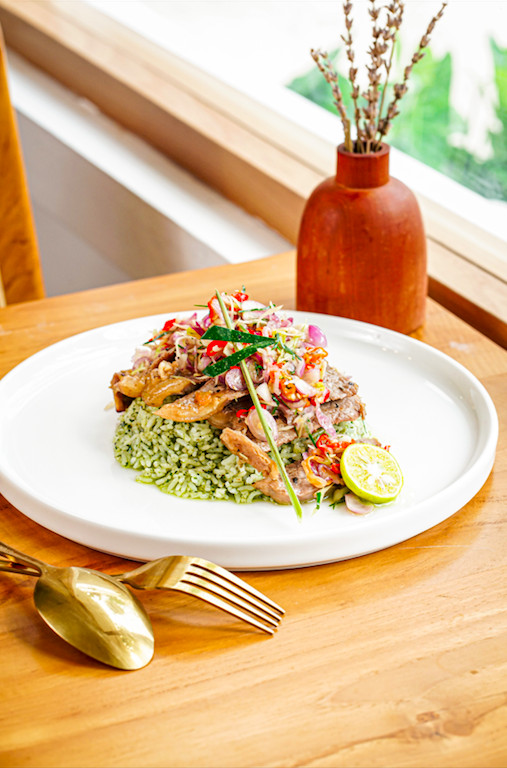 The African chicken, as well as other dishes such as the restaurant’s Spring in Paris and salmon en croute reflect the range of Paris in Jakarta and the similar use of French cooking techniques in each dish. A fusion of French and Indonesian flavors, Spring in Paris features grilled tenderloin, pesto rice and chili sauce.

Solely served at the Cijantung and Bali outlets, it does not take long to see how the dish got its name. A fusion of Indonesian and French cooking styles and techniques, the tangy, sour flavors of the sambal eye evoked the dish’s Balinese inspiration, while the pesto’s fresh flavors remind one of the food’s namesake.

The dish is also made to “introduce Indonesian food to Western tourists in Bali”, Putri said.

Aside from a fusion of East and West, Spring in Paris epitomizes Paris in Jakarta’s aim to challenge Indonesian diners’ preconceptions of French cuisine.

“[Paris di Jakarta] wants to show that French food is affordable and accessible. This includes dispelling the notion that French cuisine is made up of luxurious, posh foods that can only be enjoyed in cafés or hotels,” she said.

“What matters is the use of fresh, high-quality and readily available ingredients.”

This precept extends to the Rivoli cheese pasta and salmon en croute. A mix of penne with bechamel, smoked beef, mushroom and mozzarella, the former is similar in taste and texture to the cheese combinations of quattro formaggi pizza.

Flaky is the key word for salmon en croute, as the texture of the crust contrasts favorably with the salmon, mushroom sauce and the dish’s bed of spinach. 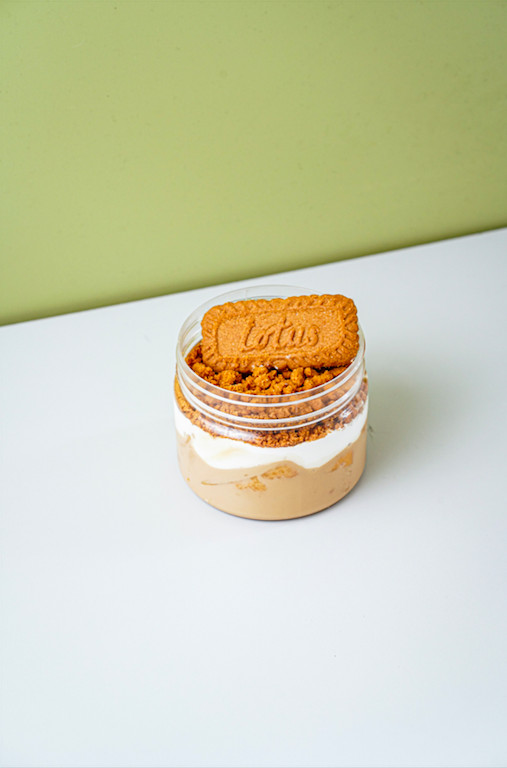 For Caroline, Paris in Jakarta remains a work in progress. This is reflected in the croissant milk bath and lotus bischoff desserts.

“[The croissant milk bath and lotus bischoff desserts] were created following our observations of the eating habits of Western tourists at our outlet Bali, as well as input from some of them,” Putri said.

“Namely, it is their preference to have croissants, rolls and other types of bread for their breakfast.”

A mix of grated cheese and filo pastry doused in sweetened milk, the former has a taste and texture similar to the Egyptian dessert umm ali.

“The milk [in the croissant milk bath] melted well with the other ingredients, particularly the filo pastry,” Esti noted.

“While the cinnamon biscuit texture of the lotus bischoff goes well with the caramel, the mix somewhat overwhelms the pastry crust.”

Paris di Jakarta’s variations on French fusion cuisine are full of experimentation. But this has not stopped the group of restaurants from making inroads.

“Our clients include government institutions like [oil and gas giant] Pertamina, the House of Representatives, Bank Negara Indonesia [BNI] and private companies. We also sold gift baskets and lunch boxes to officials preparing for Group of 20 meetings in Bali, including the recent foreign ministers’ meeting on the island,” Putri added.

“We plan to serve Parisian street food in the near future, as I find that it is tastier and appeals more to one’s taste buds than the food served at fine dining establishments,” she said. “We are also open for franchise partnerships, including first-timers in the restaurant business.”

While Caroline has yet to specify what new dishes she will serve, they are surely worth looking forward to.